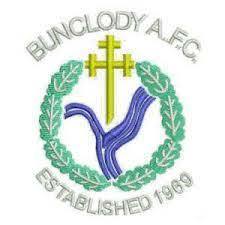 The first half began and Bunclody started strong. Tackles from James Fitzgerald drove the team forward. Bunclody picked up the pace and started testing the Rosslare keeper. A few chances go wide but they stay on top. They win a corner kick and a beautifully worked set piece was ended with an Andrew Kelly header to put Bunclody 1-0 up. They didn't stop there, Steven Ryan was causing chaos at there defence all game but the second goal came from a great kick from Craig Moules the Bunclody keeper which fell kindly for Dion Dunne who made it 2-0 Bunclody. They kept their lead until a great burst of pace shown by Steven Ryan was enough to get one on one with the keeper and he calmly slotted it in. That was enough to go 3-0 up at half time. It was all about keeping disciplined for the second half and although bunclody lost their capt Andrew Kelly at half time his replacement Stephen Kavanagh made sure he kept things right at the back. Bunclody knew Rosslare would have moments of sustained pressure but with a well organised midfield working extremely hard they kept Rosslare to long range efforts only. Bunclody were getting some success on the counter attack and it was one of these occasions when Shane Franklin burst onto a thru ball Frankie only had to make sure he rode the challenge which he did with aplomb to make sure he went one on one with the keeper. There was only going to be one winner with Frankie in confident mood and he calmly slotted home to make it 4-0.Bunclody emptied the bench but this didn't stop then and they created more opportunities which unfortunately they failed to convert. In the dying seconds rosslare attacked one more time and although bunclody seemed to be in control of the situation James Fitzgerald was a judged to have impeded the Rosslare player. Seamus Kelly had no hesitation in pointing to the spot. The resultant penalty was dispatched very confidently and with that the ref blew the final whistle for a well earned victory